Back in 1890s, Nikola Tesla showed the world that electricity could be transferred without the use of a wire. He invented a device (Tesla coil) that could transfer electricity over the air. More than 100 years later, the world has adapted this breakthrough technology for commercial application to recharge a variety of electronic items, beginning with the electric toothbrush. Wireless power transmission market is evolving rapidly, with an increasing number of applications coming to market in the last few years. As more gadget maker’s warm up to a world without wires, this market is positioned to explode over forecast period. 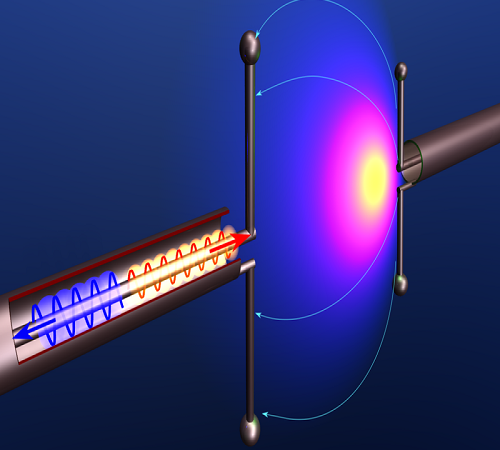 The growth in mobile computing has led to more slim and stylish devices without connectors. Most of the data transfer in mobile devices is done wirelessly through Wi-Fi and mobile data network. It is only natural to eliminate the power chord needed to charge these devices to make them truly wireless. With the advent of more pervasive mobile computing technologies, the need to keep these power-hungry devices charged without wires has initiated the next wave of innovation in wireless power transfer. Wireless charging finds its application in smartphones, Electrical Vehicles, Industries, tablets, Bluetooth headsets, portable computers and game controllers. Moreover, growing efficiency of power transmission is likely to create greater opportunities worldwide. Furthermore, automobile manufacturers including Honda, Nissan, Tesla and Toyota Motors focusing more on electric charged automobiles, are likely to create greater opportunities.

However wireless power transmission has named one of the top 5 disruptive technologies  by Forbes, it has still not met its full market potential. This is primarily because the technology is still in its nascent state and would require more research and development. Secondly, the failure of the two power associations, namely, Global Wireless Power Consortium (GWPC) and Global Power Matters Alliance (GPMA) to converge on common standards has subdued research and mass commercialization efforts.

Electrical Vehicle manufacturers have already released vehicles with built in wireless charging capability. Techniques such as microwave power transmission and power beaming are coming up, which aim to transmit power over longer distances. These techniques are being applied for automotive vehicle charging, aerial vehicle propulsion, solar power satellites and industrial machine charging.
The wireless power transmissions has various application in Industrial sector, particularly in manufacturing and production sector. It may also be used in places where switches and traditional electricity is hazardous to use like in the case of coal mines, refineries and oil wells.

• Toyota, in association with WiTricity, has introduced a wireless charging device for automotive use. Researchers at Stanford University have undertaken a research to study the feasibility and applicability of cars powered wirelessly through electricity induced via magnetic coils on a highway.

• Leggett and Platt automotive in association with AML is developing a PED wireless charger for the aviation industry.

• Thoratec, a health care company has also partnered with WiTricity to facilitate wireless charging of heart pump and other medical equipment.

By geographically Asia Pacific has been reporting its dominance on Global Wireless Power Transmission Market. The constant rise in the wireless power transmission in many Asian countries has enabled consumers to have an easy access to electricity even in remote areas. This trend has turned into a catalyst for the shift from traditional power transmission to wireless one. In 2018, Asia Pacific accounted for a share of 40% in the global market. However, North America will overtake Asia Pacific in the near future and hold the most prominent market share. The increasing investments by leading players in the energy sector will drive this regional market over the next few years.

The Global Wireless Power Transmission Market displays a highly fragmented and competitive vendor landscape. The competition between Murata Manufacturing Co. Ltd., LG Electronics Inc., Qualcomm Technologies Inc., Samsung Electronics Co. Ltd., and Texas Instruments Inc. demonstrates the competitive scenario in this market. The market is undergoing an influx of new players, which is expected to intensify the competition within this market over the forecast period. Samsung developed an IoT based wireless charging solution. Qualcomm has also actively filed in wireless power transmission domain and occupies second spot after Samsung. Qualcomm has announced that Qualcomm Snapdragon 810 processor will support wireless charging, extending the wireless charging technology to chipset level. LG, Toyota and Panasonic are the other top assignees in the wireless power transmission domain.