Exploring the Zero-Click Exploit: What It Is & How to Defend Yourself?

Home » Blog » Market News » Exploring the Zero-Click Exploit: What It Is & How to Defend Yourself? 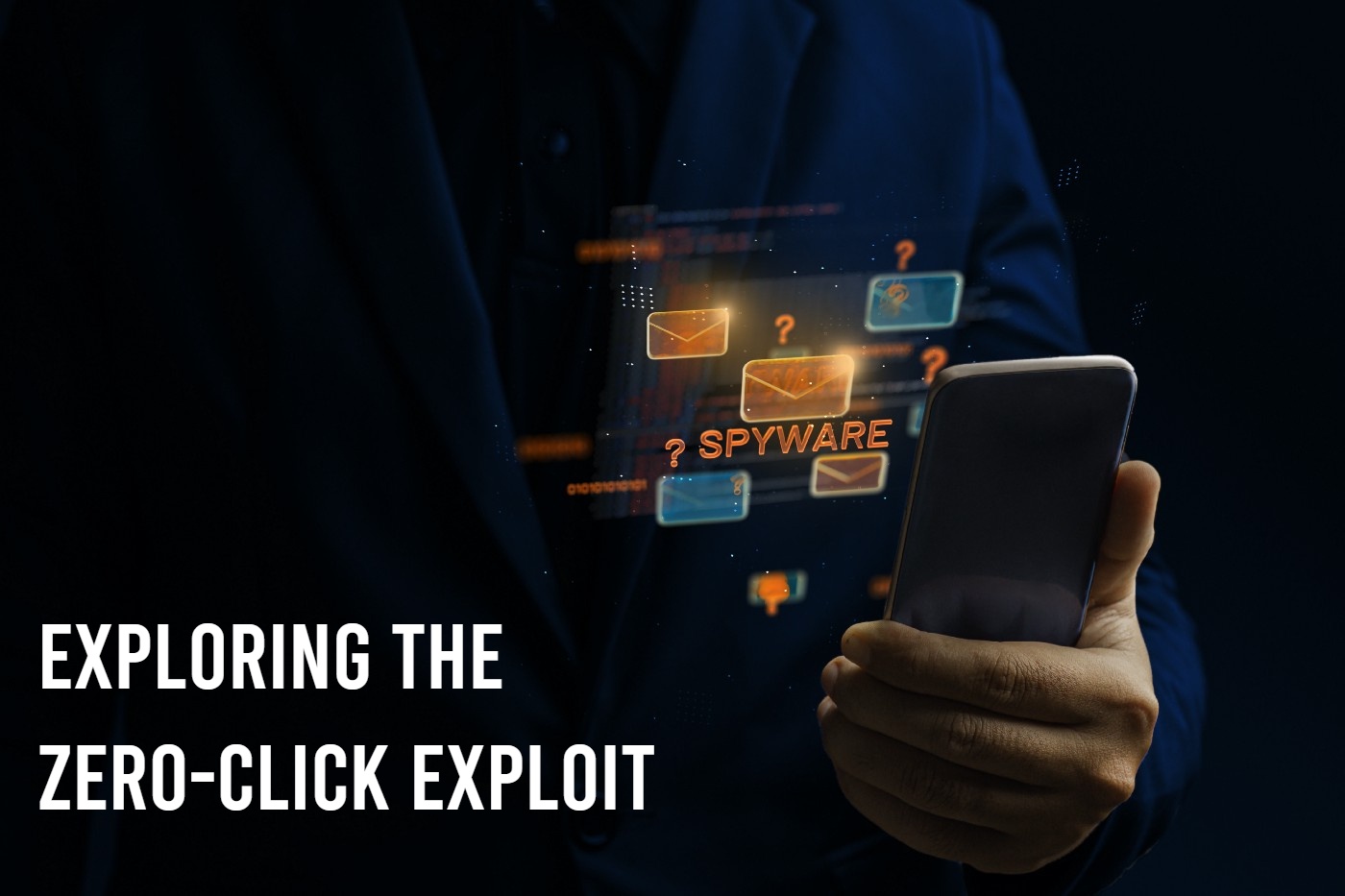 In today’s environment, achieving Cybersecurity is a difficult task that includes everything from malware to phishing attempts. The zero-click exploit is a visibly emerging sort of cyber assault at the moment.

The Pegasus spyware has spread the recently disclosed zero-click exploit, which allows it to infiltrate iPhones and snoop on users. The malware, which was created by the famed Israeli NSO Group, is stealthy and devious.

It’s also zero-click, which means it doesn’t require users to click on anything and creates a warm home within your iPhone without even letting you know.

The only way to stay safe is to install the security fixes that Apple releases on a regular basis.

This spyware instance, however, isn’t the only zero-click exploit market has seen this year. Alarmingly, zero-click exploits have developed dramatically in the year 2021 alone, and can cause $1 million in damage.

However, because these attacks have just gained in prominence, we still know very little about them! So what are these zero-day exploits, and how do they work?

What are the Zero-Click Exploits?

The zero-click exploits are exactly what they sound like. These are hack assaults that take advantage of a victim and can be carried out without the victim’s consent.

Unlike a traditional cyber-attack, you can be a victim of a zero-click assault without ever encountering a phishing simulation. You won’t have to be duped into clicking a dangerous link or downloading a harmful file onto your device.

The only requirement for these zero-click vulnerabilities is a flaw in your device, which may be iOS, Android, Windows, or even macOS.

By leveraging the data verification flaw in your system, a threat actor can easily launch a zero-click assault. These hacks are among the most sophisticated types of assaults that are becoming more common these days.

They continue to be an important resource for a variety of threat actors. They’re also regularly used to carry out sensitive data breach attacks, spying on, tracking, or collecting information from key persons such as journalists, politicians, or activists.

How do the Zero-Click Exploits Work?

It’s a little confusing how zero-click attacks operate because they’re sneaky and don’t need any effort on your part.
Since then, people come to assume that their online acts can either make them victims of cyber-attacks or protect from them. Zero-click exploits, on the other hand, are displacing that belief.

Because the threat actor does not have to set phishing simulators or click bait, these zero-click vulnerabilities appear to be quite simple to carry out.

These attacks, on the other hand, are not easy to carry out. Sending a specifically designed data piece to the target’s device across wireless connections such as Wi-Fi, NFC, Bluetooth GSM, or LTE is an important part in launching a successful zero-click hack assault.

The data chunk is intended to exploit an unknown or little-known vulnerability in the device’s software or hardware. While being processed by the device’s SoC (System on Chip Component). In most circumstances, however, the threat actor creates this vulnerability such that it can be read by specific target applications like WhatsApp, Telegram, or Skype, message, phone service, or even SMS.

Therefore, the threat actor is also careful enough to construct a data piece that can be interpreted by such apps and might be in the form of:

After the data piece triggers the device’s specific vulnerability, the attack’s post-execution phase begins, with the payload performing specified commands.

Despite the fact that zero-click exploits have recently gained in prominence, they have been around for a long time and have amassed a large attack surface.

CitizenLab researchers uncovered a zero-click exploit in Apple’s iPhone device in September, allowing attackers to snoop on their targets.

The exploit, which was developed by Israeli firm NSO, allowed the threat actor to install the Pegasus malware on the target’s iPhone via a PDF file that automatically executed the dangerous code.

Once the malware was successfully implanted in the device, the threat actor could no longer use the iPhone as a hearing device.

In 2019, cybercriminals used WhatsApp Messenger as a backdoor to install spyware on multiple victims’ devices. “Buffer flow vulnerability in Voice over Internet Protocol” was the name given to the flaw (VoIP).

Threat actors could use a WhatsApp call loaded with rogue data packets to activate it on the target’s Android or iOS smartphone.

In a blog post, the business explained how the vulnerability might be exploited by cyber attackers sending specially prepared emails to Mail users.

How Can You Defend Against Such Attacks?

We have no defence against these attacks since they are stealthy and difficult to detect. To be honest, we’re still under the assumption that zero-click attacks only go after significant people like politicians and government officials.

The misunderstanding stems from the fact that these attacks appear to be costly. However, it is critical to disprove this notion because many zero-click attacks, such as the aforementioned Apple exploit, can also target the general public.

Even if we accept reality and consider ourselves to be potential targets, defending against a zero-click attack can be difficult.

Because of their deception, these attacks are nearly impossible to detect. However, proper cyber hygiene can go a long way toward ensuring security.

Along with all that, there is always the generic but crucial Cybersecurity practice that you need to follow, such as installing secure antimalware protection and encrypting your sensitive information.

Keeping your device’s operating system up to date is one of the most efficient ways to defend against such assaults. Because these attacks take use of flaws in your system, OS upgrades provide security patches to address these issues.
Apart from that, inspect any new application thoroughly before installing it and be cautious while granting permissions.

Another thing to keep in mind is to avoid jail breaking your device. The efficiency of your controls and safety constraints that are built-in to your device are reduced when you jailbreak it.

Along with all of that, you must adhere to general but critical Cybersecurity practises such as installing secure antimalware protection and encrypting your sensitive data.