Automation mostly refers to the use of technology to reduce the level of human activity needed to complete a specific task by replacing labor. Important to automation concept is that the task itself is still being performed, but with less human labor essential as an input. As automation occurs at the task level, it often changes jobs partly rather than eliminates them, though in limited cases, technology can automate acomplete job. 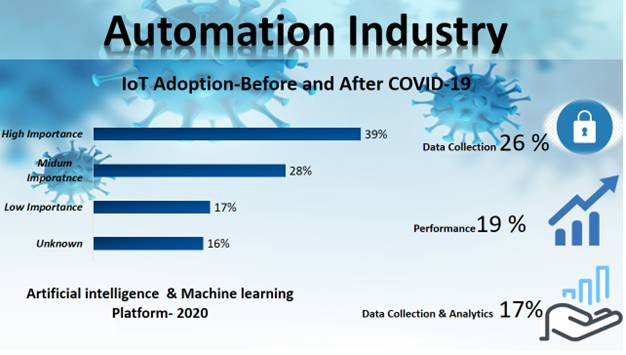 Automation and a Changing Economy:

The North American ideal embraces the promise that economic progress can create an inclusive society in which prosperity is broadly shared. Work is more than basically a way to earn a living. It gives structure, dignity, and purpose to our lives. Therefore, workers should not be treated as a cost of doing business but known for their creativity and productivity. For too many Americans, the potentialfor work is not being kept. New technologies are creating great wealth for some, but we are consecutively experiencing historic income and wealth inequality. Without robust policies and strong institutions, new inventions risk exacerbating the economic insecurity and political and civil divides that we are experiencing nowadays.

Developing technologies, including artificial intelligence (AI), machine learning (ML), and advanced robotics, have the potential to automate various tasks currently performed by workers. In history, automation has been an important ingredient driving economic growth and progress. Automation has enabled us to feed a rising population while allowing workers to transition from subsistence farming to new forms of work. Automation aided move us from a crafting system to mass production, from blue-collar to white-collar to new-collar work – with better work, more jobs, higher wages, and better living standards. Alike to past innovations, these new technologies provide the potential to help us meet human needs while supporting new jobs and industries never imagined.

On other hand, automation can also have negative effects on communities and individuals. Those who lose their jobs suffer social, economic, and psychological hardship. Communities that relied on single industries that have been automated have struggled to recover. New jobs are being created, but their geographical distribution and skill requirements frequently make them inaccessible to the individuals and the communities where those whose jobs were lost. This dislocation has played a role in worsening America’s economic, geographic, social divides and political.

Worldwide Robotic Process Automation Software Market grew 63% in 2018. North America continued to dominate the RPA (Robotics Process Automation) software market, with a 51% share in 2018, but its share dropped by 2%points year over year. Western Europe held the 2ndposition, with a 23% share. Japan came 3rd, with an adoption growth of 12% in 2018. This shows that Robotics Process Automation software is appealing to organizations across the world, because of its quicker deployment cycle times, compared with other options such as business process management platforms and business process outsourcing.

Companies in the robotics sector include Fanuc, ABB, Kuka and Yaskawa, while Dürr, a paint shop and paint robot producer, is one of the inventers of Adamos, an innovative IoT platform. There are also some specialist exchange-traded funds (ETFs) that spend in the automation market. The most well – known is the ROBO Worldwide Robotics and Automation Index ETF and the recently launched Global X Robotics & Artificial Intelligence fund. The ARK industrial invention ETF, aiming at energy storage and space exploration as well as robotics and automation, although more general, is also available.

 Easier to Use, Example: “Programming by Demonstration”

 “Machine learning (ML)” enables Robots:
• To learn by trial-and-error or by a video demonstration.
• To self-optimise.
• To communicate with other machines to improve entire processes.
 New business models, e.g. Robots as a Service (RaaS)

Impact of COVID-19 on Automation Industry

Automation holds a major role in ensuring that industries can meet a certain production level in these times and support the slow recovery after the epidemic is controlled to a larger extent. Prior to the COVID-19outbreak, industrial automation activity was slow due to flat capital expenditure and a decline in industrial activity, worldwide. The Coronavirus disease (COVID-19) situation has further burst open the bubble that factory automation was widespread and had substituted human workers at scale. Implementation of technologies like blockchain in inventory management and logistics or AI equipped assembly line in factories, have either been ineffectually developed or the implementation scale has been partial.

China which is at the lead of global production and deployment of automation and robotics has been able to control the epidemic after numerous stringent measures and is now shifting its focus towards a gradual recovery of production cycles and lifestyle. China, where the early outbreak symptoms were observed in December 2019, has witnessed its February 2020 Purchasing Manager’s Index (PMI) plummet to 35.7%, a decline of 14.3 % points over the previous month. Afterward, the production index was found to be at 27.8%, a decline of 23.5 % points over the previous month. These indices are symbolic of the hit that the Chinese industrial production took during Q1, 2020. Even though the spread of virus has been controlled to a large extent, resulting in around 95% of large businesses in China and another 60% of SMEs businesses outside the epicenter, reopening, worldwide supplies to Europe and North America continue to look bleak. A major dip in exports, on account of an affected supply chain and the spread of the pandemic in EU economies and U.S., are further adding to the woes of Chinese manufacturing businesses.

Europe which is the worst affected region in terms of COVID-19 spread has experienced major lockdowns of manufacturing industries. As of 30th March 2020, major industrial hubs of Europe have suffered adverse losses to the tune of billions in lost revenue. The succeeding impact of revenue loss can be associated to the layoffs of industrial workers in the region. A snapshot of this data provides a detailed view of job losses in EU countries. The automotive industry in Europe which is a major end-user in terms of automation and robotic implementation is the worst hit.

The U.S. which has recorded the maximum number of coronavirus cases and associated deaths is also experiencing a stalled industrial production, resulting in sizeable job losses across both discrete and process industries. As per the economists, the unemployment rate is forecasted to be around 4% in March 2020, an increase from a 50-year record of 3.5% recorded in Feb 2020.

In the time of the Covid-19 crisis, digital infrastructure plays an important role in modeling and envisioning outbreaks. As the pandemic continues to spread around the globe, it will become imperative for organizations to look for new solutions or ways to stay ahead of the competition. Because most enterprises will fail to spot their financial targets owing to supply chain disruptions and lower consumer demand. However, experts adopt that businesses should see this situation as an opportunity and place their focus much on everyday operational needs at the expense of investing in digital business and long-term resilience. Companies that adapt their technological capacity and investments on digital platforms can ease the impact of the COVID-19 and keep their businesses running in the long term.

COVID-19 Crisis with Automation in the Manufacturing Globe

Manufacturing has always been a labor-intensive industry employing 2.7 million workers in the US alone. As more and more regions come under some degree of lockdown, factory staff is also shrinking. Further, the industry relies on porous international borders for procurement and distribution. The coronavirus pandemic has wreaked havoc with the world’s manufacturing supply chains. Eventually, people’s demand for most non-essential goods is coming down, which has a ripple effect on production. Currently, manufacturers in economies such as the U.K. and others are exempt from lockdown – but a slump continues to loom ahead. 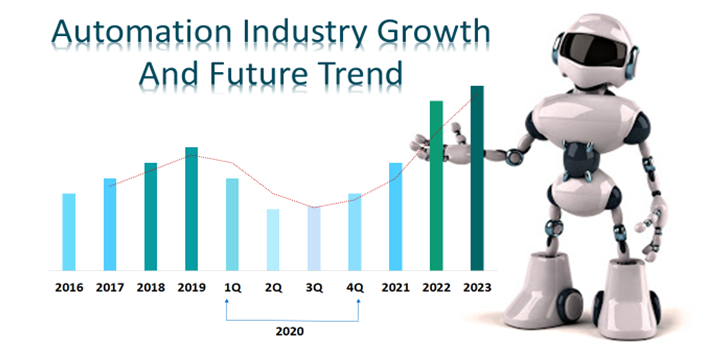 The automation work done today will pave the way for a better future tomorrow. As per the observation hospitals quickly implement new technology to better support their personnel, governments streamlining their unemployment systems to care for their citizens, and banks processing small business loans in record time.

Companies are reassessing their global supply chain business models in reaction to the lessons learned from Covid-19. This will likely accelerate the introduction of robots, prominent to a renaissance of industrial production in some regions – and bringing back jobs. After the crisis, boost for robotics and automation, even if the industry cannot currently decouple itself from the economic downturn.

Major players are increasingly turning to automation to manage supply chains and production functions as lockdown and the need for social distancing in the wake of the Covid-19 outbreak make human intervention and supervision difficult in various cases.

Companies such as Honeywell and ABB, both leading industrial automation service providers, have been reporting higher demand for a lot of remote monitoring services by their Indian clients since the lockdown began 25 March 2020, as companies look to avoid the risk of machinery or equipment failing in the absence of human supervision. Emerson has decided to focus on important technologies used in the production of hospital beds ventilators, respirators, and testing equipment used during the spread of the coronavirus.