Smartphone Trends that you must look out for in 2019

When it comes to tech, the smartphone industry sees the most volatility and changes as compared to other gadgets. 2018 has been an incredible year for smartphones but the smartphone trends in 2019 are much more enthusiastic than the preceding year. That has a reason, as we saw a lot of new technological advancements arise this year, features such as AI, AR, triple camera setup, in-display fingerprint scanner and were some of the common technological trends that we saw on most smartphones in 2018.

But there was some good as well as bad events occurred in 2018 for the smartphone industry. For the first time in years, some smartphone industries witnessed a slowdown. According to the IDC report a 6% year-on-year decline in third-quarter shipments, down to 355.2 million units, down 8%. Even the likes of Apple felt the heat. While For the first time the smartphone market reached at par with the feature phone market, each contributing 50 percent to the overall mobile phone market.

So the question is arises that now we are almost done in the previous year so what do the smartphones in 2019 grasp for us? Year after year, we see a lot of technological advancements, the invention of new concepts, especially in the smartphone market. Some of these events will expect to shape the mobile scenery in 2019 and beyond, and market analytics believe that the seven trends below will be some of the leading smartphone technology trends to watch out for in 2019.

In the early years, the wave of 5G has spread in the smartphone market. 5G is a next-generation mobile network technology that will offer much faster speed than today’s 4G LTE network. 5G has the potential for more than just faster download speeds. According to Delloitte, 5G is anticipated drive several advancements, including digital transformation across industries, providing a platform for end-to-end IoT connectivity, enabling faster connections for consumers, and even providing a more cost-effective platform for carriers.

So the network companies have ongoing thinking about the 5G roll-out. A leading company Nokia is working on ‘5G First’ also the 5G cellular mobile communication Tsunami will probably start with Samsung or OnePlus phones sometime in the first half of 2019. However, the 5G technology may commercially be available in 2020 but the attention of the phone makers are on this while it will start showing its glimpse in the year 2019.

5G provides comparatively fastest internet speed than 4G. So 5G’s ultra-fast internet can have many potential uses in various application such as IoT based products, Machine-to-machine connectivity, augmented reality and virtual reality application and for smart home appliances. Further, it can do better in entertainment which includes gaming and it can also benefit business and society. 5G technology provides various benefits and more benefits of 5G technology are expected to emerge and they can be endless. All 5G benefits are currently unforeseen and will depend on the implementation and installation of all the necessary resources.

5G is like a revolution in mobile broadband, which means it will continuously enlarge in these areas and will find new possibilities. With smart communication and better controllability using 5G technology, the vehicle can efficiently utilize existing resources. It will create the opportunity for new IoT based products.

From the last quarter of 2018, you will be hearing some rumors about folding mobile technology. Many of the big phone makers are in the race to make phones with foldable or dual screens. In fact, most of them have demonstrated their foldable smartphones in various phone expos. People are also enthusiastic about folding mobile screen technology. It is challenging to say how successful the initial foldable-phones will be. Since in some of the demos, the phones look glitchy, having dents on the screen and much expensive. 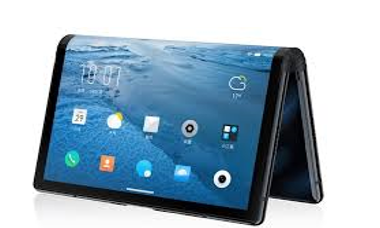 According to the reports, many companies like Samsung, Xiaomi, Huawei, LG, and Motorola can launch their foldable-phones soon. With foldable technology, the phone has the maximum screen size and minimum phone size. Samsung’s is the first in the foldable smartphone trend, to brand its phone with this new technology and has revealed that it will launch its foldable smartphone in early 2019.

Apart from Samsung, a lot of other OEM’s are also working on foldable smartphones that will debut next year. We will see foldable devices from companies such as Huawei, LG, Motorola, Apple, Royole and ZTE.
The upcoming Consumer Electronic Show 2019 will witness quite a handful of foldable smartphones entering the smartphone market. With foldable smartphones, portability and multitasking will be made easy. Additionally, these devices will only need a single exceptional camera. These features will expand foldable screen technology in near future.

Currently, all smartphones manufacturer provides the use of nano SIM. With the launch of Apple iPhone XS and iPhone XR, eSIM emanated into the limelight. Identically, the eSIM can be a future electronics SIM technology that will use the carrier’s services faster, without using a physical SIM card. Several network providers started eSIM services around the world. This is good news for smartphone companies because, with this technology, they can come with better features in their phones.

ESIM technology offers to the smartphone manufacturer to save the SIM slot space. This technology has removed the SIM slot necessity. Therefore, they can use that space to slim the phone, without sacrificing the battery size. Further, the phone can be very water-resistant, with a waterproof coat without an open SIM slot.

ESIM provides many advantages like a smartphone can be comparatively slim, and can also be water resistant. Apart from this, services can be very fast using eSIM. You can easily swap your personal and business numbers as well. All these things have a positive impact on smartphone hence it has huge potential to attract the consumers in coming years.

In 2018 we already saw, the number of mobile phones was launched in the market with multiple cameras. The number of cameras of the smartphone is expected to only go to rise in 2019 because a number of cameras and lenses provide improved image quality in low light and high zoom capacity. Smartphone giant Xiaomi has announced its plans to launch a phone in 2019 with a 48-megapixel camera. While many others are also planning to do like this with the camera.

With rising mobile tech, megapixels and other features are improving incredibly. Last year, some phone companies have launched their phones with Triple cameras such as Huawei Mete 20, LG V40 ThinQ™ and Samsung Galaxy A7. While in 2019 we might see as many as five or nine camera setups on smartphones. Nokia is working on a 5-camera smartphone and on the other hand, Light is working on a 9-camera smartphone. Both the smartphones are expected to launch next year and the number of cameras in the upcoming smartphone models are also increasing.

The multiple cameras have a lot of potentials to attract the customers because the major trend in the smartphone mobile market is the high image quality. It is observed that most people change their phones because of the low quality of the mobile camera. As per the necessity of the high image quality, it is expected that the multiple camera technology is growing rapidly in upcoming years.

Bezels have the potential to shrink but depend on the manufacturer’s choice to position the front camera. The latest punch hole technology for the front camera can get the next level design in the smartphone trend. In this technology, the in-screen hole replaces the notch, which has traditionally housed the front camera and other sensors on a bezel-less smartphone body.

A leak of Samsung Galaxy A8s has publicized a punch hole for the front camera. You also might have seen some upcoming bezel-less phone design of Samsung, Huawei, and Honor with Front Camera Punch Hole. While several other companies are wandering the exact design can’t be predicted until the launch. But here, punched or embedded camera-hole smartphone trend is projected to see a lot more in 2019.

Charging plays the most important role as smartphone required more charging because of quickly shrugged off in the pursuit of slimmer, sleeker designs or larger, power-hungry displays. Once the mobile battery is depleted we required less time to charge the battery. Chinese manufacturers like Oppo, OnePlus, are already offering amazing charging speeds.

Although the most recent iPhones can charge from zero to 50 percent in 30 minutes, you have to pay extra for the fast charging kit and a full charge still takes close to 2 hours. In 2019, Qualcomm is introducing a new triple charge system that will offer up to 32W for wired charging and 15W for wireless charging.

Despite the fact that there are several different fast charging technologies are present and also coming in the market. This technology has the potential to grow in the smartphone market because fast charging is one of the most required demands of the customers. Therefore we expect to see even faster charging in the year ahead.

Research firm Counterpoint’s Component Tracker estimates that over a billion smartphones will ship with facial recognition in 2020. The trend will be led by Apple and Samsung along with other important companies like Oppo, Vivo, and Huawei. Good news is that in coming months these facial recognition technologies will be more advanced and the majority of them will have 3D technology.

Apple removed the fingerprints sensors and replaced by face recognition sensor in iPhone x. Apple is gearing up for its new iPhone launch on September 12. The new iPhone models, dubbed to be iPhone XS and iPhone XS Max, will sport FaceID. However, according to market estimation, close to 60% of all smartphones with facial recognition, will use 3D technology in 2020. Face unlocking technology that will be driving the market growth by factors like mobile phones and smart solutions for biometric authentication.